Posted on October 24, 2014 by lookingglassletters

When we were in Spain, we started a friendly little competition that we call our Postcard Competition. We called it this because it’s when we see something that we think would make a great postcard to send home. We have yet to make any of them into postcards, but that’s beside the point!

How we play it is like this: one of us will spot something that we would like to take a picture of, that we think is postcard-worthy. We point it out to the other one. We each take a moment to compose our shot, or in other words to think about what we would like to be in our own unique postcard. It can be from any perspective, as long as it captures whatever the original item was that caught our eye in the first place. For instance, maybe it’s a stonewall. Or a country road. Or an Oreo cow. Or a garden cart. Or a sunset. Whatever the subject is, it must show up in each one of our postcards, somewhere. Other than that, we’re free to take the shot from wherever we’d like.

I shared this story about the postcard competition when I shared the photos for my final project. Context and perspective are part of mindfulness as defined by Ellen Langer. It also fits in to when Tal encouraged us to look at a scene from both perspectives – while we’re actively experiencing it as well as from zooming out to 30,000 feet. An image that works well for me to illustrate this is the actor onstage as opposed to – or really in addition to – the audience member watching from the balcony. Same show, completely different perspective.

Here are a few of our postcard competitions. Who wins? Sometimes I do, sometimes Mark does. Most of the time we don’t even remember who took what. I’m sure whichever one you like best it’s one I took! 😉 Actually, that’s not what’s important. What is important is that we have fun playing our game and we’ve even gotten a few great shots! And we’re definitely making memories. 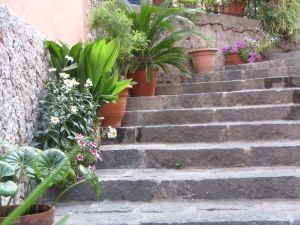 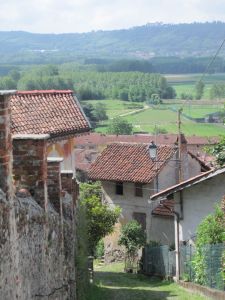 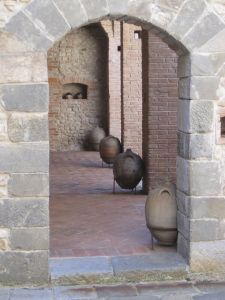 Love to learn and live and travel and connect. ... and write and ski and walk and read...
View all posts by lookingglassletters →
This entry was posted in Learning, Memories, Mindfulness, Nature, Observations, Positive Psychology, Travel and tagged Japan, lense, mindfulness, noticing, observation, perspective, Taoromina, travel, Tuscany, visual. Bookmark the permalink.